A new study was published yesterday (November 6) by Bryan E. Cummings & Michael S. Waring in the Journal of Exposure Science & Environmental Epidemiology (2019) that will definitely come as a bit of a shock to houseplant lovers. The paper, title ‘Potted plants do not improve indoor air quality: a review and analysis of reported VOC removal efficiencies’ reviewed previous research in this area and uncovered some pretty interesting results. (NB. If you weren’t aware, VOC stands for ‘volatile organic compounds’ which are carbon-based chemicals that evaporate easily at room temperature – you’ll probably know the symbol that appears on tins of paint).

The first point to make is that whilst this research could be considered a little disappointing to plant lovers, I think Waring and Cummings illuminate an important consideration here. They are keen to highlight the imbalance in the promotion of indoor plants as air purifiers over other methods of improving air quality. They also shine a light on some of the limitations of twelve studies conducted over the last 30 years and reinterpret these findings to make them relevant to today.

Perhaps the rise in popularity of houseplants over the last few years has exacerbated this issue of an imbalance to some extent, as the media and retail industries further perpetuate the notion of the magnificent air filtering capabilities of indoor plants. Such phrases have become quite commonplace as jargon in the marketing and retail of plants. As someone that has experience as a plant seller, I have definitely noticed an influx in such marketing around houseplants and their ‘purification properties’ over the last two years.  Many plants now arrive in store with labels on that directly speak to the customer, saying things like ‘I clean the air!‘.

The seminal NASA clean air study of 1989 highlighted the abilities of plants to improve the air quality in their space stations. Bill C. Wolverton and his team discovered that whilst all plants clean the air to some extent, a few were even more effective at reducing specific toxins (VOCs) such as formaldehyde, xylene, ammonia, trichloroethylene and benzene. These plants have since been heavily marketed as air purifiers – Sanseveria (snake plant), peace lily (Spathiphyllum) and the spider plant (Chlorophytum)  are some of the popular ones you might know. NASA suggested having at least one plant per 100 square feet to reap the optimal air-filtering benefits.

The new 2019 study shows that natural ventilation is far more effective at cleaning the air, and at a much quicker rate than plants too. The NASA study was conducted in laboratory conditions in a sealed chamber, which of course, is not comparable to a normal home environment or office block. Cummings and Waring used their collected data to calculate ‘clean air delivery rate’ (CADR) which revealed that in plants, VOCs were dissipated at a slower rate than the standard rate of ‘air exchange’ in a building.

Many of these studies did show a reduction in the concentration of volatile organic compounds over time, which is likely why people have seized on them to extol the air purifying virtues of plants. But according to Waring and Cummings’s calculations, it would take between 100 and 1,000 plants per square meter of floor space to compete with the air cleaning capacity of a building’s air handling system or even just a couple open windows in a house. 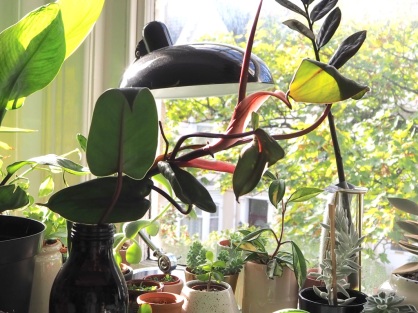 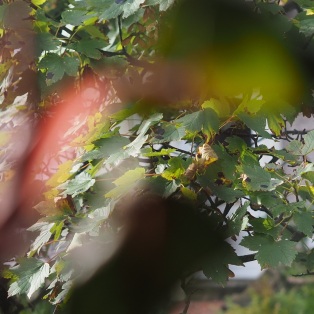 So what does this mean for plant enthusiasts? Well, in reality, not a great deal (…but if you were thinking of throwing all of your plants away after reading the article, please don’t!). Keeping plants at home is way more than a science experiment and we will continue to embrace the enjoyment that caring for plants offers us. I think these findings can only encourage more research around areas of well-being and biophilic productivity (as the paper suggests); both are already increasingly popular fields of interest today.

Biophilia is a concept that became popular in the 1980’s by American biologist Edward Osbourne Wilson who believed that as we evolved in nature, we have an innate biological drive to connect with it. Practices such as shinrin-yoku, aka forest bathing (as promoted by Dr Qing Li among others) that promote this feeling are experiencing a surge in popularity, and in our increasingly indoor and online lives, people are becoming more and more receptive to the positive affects that a connection with the outside world can have.

The extent of the psychological affects of being around all plants are still being uncovered, but research shows that plants and green spaces are scientifically proven to reduce stress, boost our moods and slow our heart rate down. In terms of our homes, houseplants can increase the levels of oxygen and also raise the humidity which can help with respiratory problems. Simply being around plants can help us to relax and feel good.

As a side note, I wanted to point out that these kind of qualitative, nourishing experiences with plants are on the rise and this weekend sees the opening of the first houseplant suites in London’s Leman Locke Hotel (opens November 10). Three suites have been created by The Joy of Plants with Oliver Heath (The Productivity suite), Michael Perry (The Tranquil suite) and Nik Southern (The Romance suite) – the positive effects of being around plants are definitely being tapped into in this venture. In a similar vein, when my friend came to stay in my spare room a few months ago (which houses around 90 plants), he told me I should put my apartment up on Airbnb as people would love to experience it!

If you are interested, you can read the abstract of the journal article here.

Perhaps what we should really take away from this research is an increased awareness of indoor air quality (which can be between two and five times more polluted than the air outdoors) and that we should simply grow plants indoors because they offer a calming quality to our daily lives.

It is worth pointing out that this research paper specifically pertains to potted indoor plants. Another study (cited at bottom of post) that addresses more ‘outdoor concerns’ by Ohio State University finds that:

Adding plants and trees to the landscapes near factories and other pollution sources could reduce air pollution by an average of 27 percent, new research suggests. The study shows that plants — not technologies — may also be cheaper options for cleaning the air near a number of industrial sites, roadways, power plants, commercial boilers and oil and gas drilling sites. 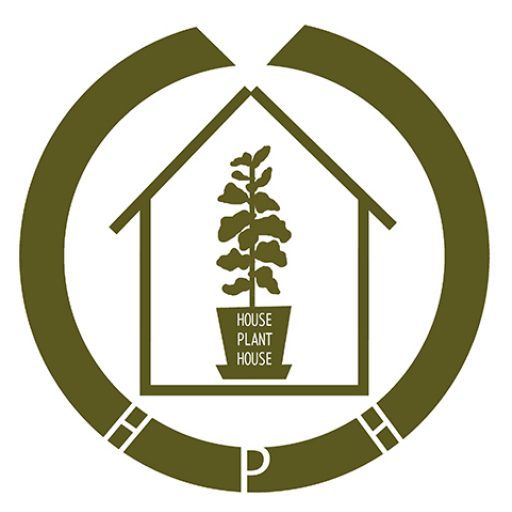 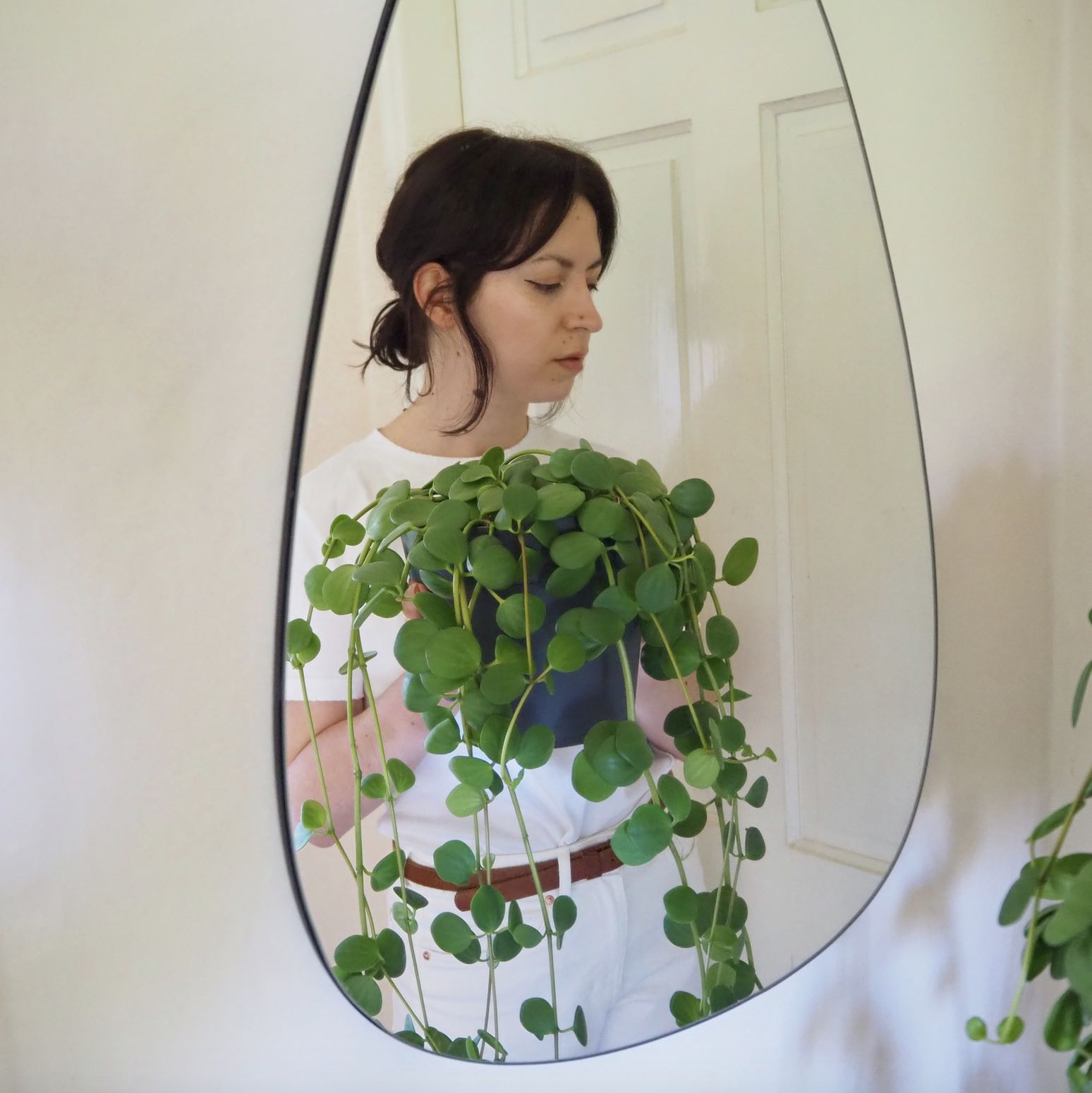